Each day – at least two or three times – we take our dogs for a walk. I’ll always have my iPhone with me and I’ve taken many shots with that. The iPhone might not be a ‘proper’ camera in some people’s eyes, but with a bit of simple editing in something like Snapseed it can produce excellent pictures. Last year’s winter was spectacular when the sun shone, summer had its moments and I was able to really enjoy the fall this year since I retired at the end of August. Normally autumn seems to be gone in a flash but this year I could walk, see the colours and take pictures almost every day.  Now we’re heading back into winter and there’s not much colour to be seen. Grey skies, wind, the leaves gone from the trees. So today seemed like a black and white kind of day, a gritty black and white at that. I took the D610 with the Neopan emulation picture control set as my JPEG default and underexposed by about one third of a stop to give me the dark shadows that matched the mood of the weather.

I also used the Nikon 35mm DX lens, which you’re not supposed to use on a full frame camera due to the vignetting. But why not? If it fits the circumstances and gives the look I’m after, then all is good. Expand your thinking slightly and you’ll often get an interesting result (I refuse to use the term ‘think outside the box’ – I heard enough of that when I was working!).

There’s a huge park area behind our house with a recreation centre, school, tennis court and City storage area. They give so much scope for the darker, more industrial type of shot that I wanted. Where the exposure was too dark I was able to lift the shadows with ACR and add a little bit of grain to complete the film look but overall the contrast was just what I had envisaged.

One thought on “Photographing the morning walk” 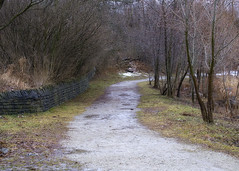 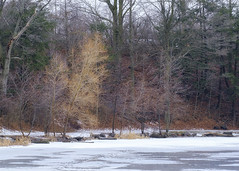 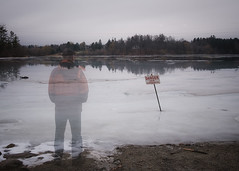 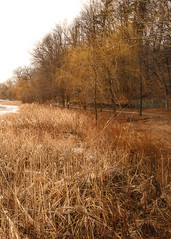 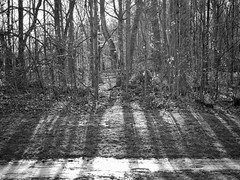